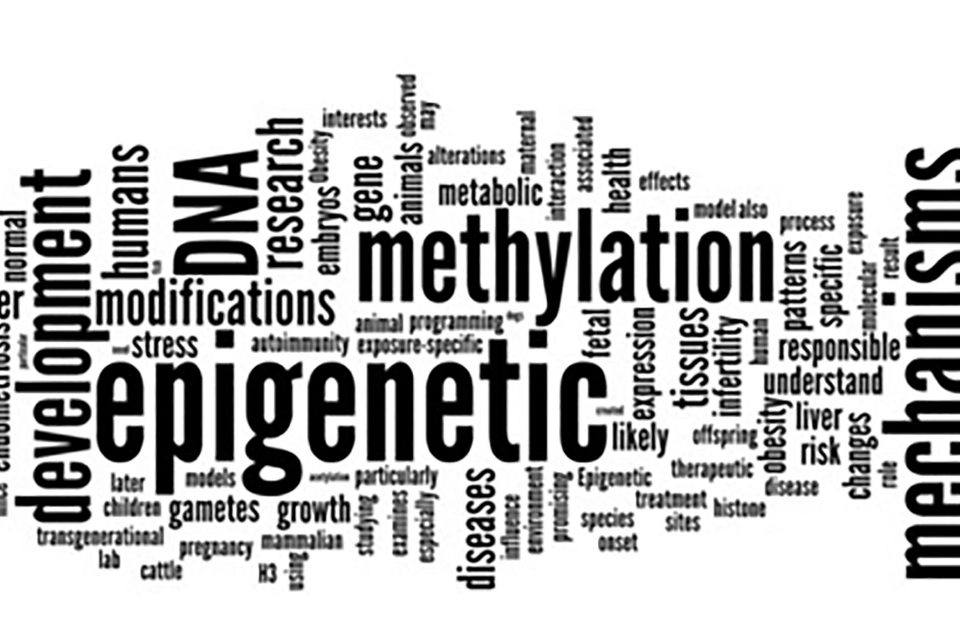 By admin on
Posted on Apr 23, 2017
in category
Categories Research

The study of changes in organisms caused by modification of gene expression rather than alteration of the genetic code itself. Epigenetics is the study of chemical reactions and the factors that influence them. Epigenetics controls genes. Certain circumstances in life can cause genes to be silenced or expressed over time. They can be turned off (becoming dormant) or turned on (becoming active.)

Over the past several decades, news about how your genetics “hardwire” you to be more or less predisposed to cancer, Alzheimer’s, heart disease, diabetes, obesity, early aging and more has become commonplace. Along with it the belief that you’re in large part “doomed by your DNA” has become widespread.

This is what the science of “epigenetics” is all about, and the bottom-line is that even when it comes to your genetics, your actions, your knowledge and the choices you make for yourself play an extreme role in avoiding and beating disease, looking and feeling amazing no matter what your age, and living a very long life.

Epigenetics is perhaps “THE” most powerful new knowledge you need if you want to avoid and beat disease, live long, and look and feel amazing into your 70s and beyond!

Getting a printout of your specific genetic markers and your genetic “predisposal” to certain disease just takes some saliva and a credit card.

Your DNA contains all the building blocks to your body. However, there is more. Your DNA wraps around proteins called histones. Both DNA and histones have chemical “tags.” Some of these tags are present at gestation and through to birth, determined by your parents’ DNA.

Science has shattered the dogma of molecular biology, proving that determinism, the belief that your genes control your health, is false. You actually have a tremendous amount of control over how your genetic traits are expressed, by changing your thoughts and altering your diet, exercise and your environment. Contrary to popular belief that your body is a biological machine, epigenetic science reveals that you are an extension of your environment, which includes everything from your thoughts and belief systems, to toxic exposures and exposure to sunlight, exercise, and, of course, everything you choose to put onto and into your body.

Epigenetics dispels the idea that you are a victim of your genes, and shows that you have tremendous power to shape and direct your physical health and wellbeing. If you have a certain genetic marker, it can be make accessible (active), or inaccessible (inactive), depending on the chemical reactions of the epigenome.

These chemical reactions depend on factors independent of your DNA. Namely your environment. A word that comes up repeatedly in epigenetics is “methylation,” a chemical process where nutrients from food are extracted and transformed. They “enter metabolic pathways where they are manipulated, modified, and molded into molecules the body can use. When a gene is turned off epigenetically, the DNA has usually been “methylated.” One of the key pathways is the creation of methyl groups, which play an important role in epigenetic activity. The fundamental point to understand with regards to methylation is that there is overwhelming evidence that the levels of methyl in a cell directly influences its activity. With adequate methyl signals, genes are turned off. With decreased levels of methyl, genes are turned on. While much of methylation is attributed to diet, other factors come into play, like toxins that enter the body.

When methyl groups adhere to a segment of DNA, they inhibit the gene from being expressed.

You may recall the Human Genome Project , which was launched in 1990 and completed in 2003. The mission was to map out all human genes and their interactions, which would then serve as the basis for curing virtually all diseases. Not only did they realize the human body consists of far fewer genes than previously believed, they also discovered that these genes do not operate as previously predicted.

Some genes can predispose you to obesity, type 2 diabetes or heart disease. But predisposition is not pre-destiny. Ninety percent of our current health is controlled by the environment in which we expose our genes: the food we eat, our exercise regimen, our resilience in the face of stress and our exposure to environmental toxins. You don’t have to sit back and accept that you’re doomed to become fat and sick.

The true secret to life does not lie within your DNA, but rather within the mechanisms of your cell membrane.